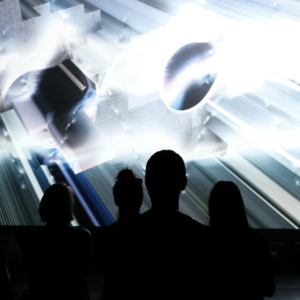 Official call for project proposals for MUTEK’s 20th edition, taking place in Montréal, August 20 – 25, 2019. Artists from Québec and Canada exploring new aesthetic avenues in digital creation and electronic music are invited to submit their projects. Intent on continuing the gender parity and inclusiveness initiatives started last year with the Keychange :: Amplify Project, this call also specifically encourages submissions from women, female-identifying and non-binary artists, as well as those from indigenous and other cultural groups. Please note that this call applies ONLY to Canadians at home and abroad, but also welcomes submissions from foreign artists residing in Canada.

MUTEK is dedicated to presenting live performances; DJ mixes will not be considered.
Applicants should accompany their submissions with audio and video documentation of their projects.